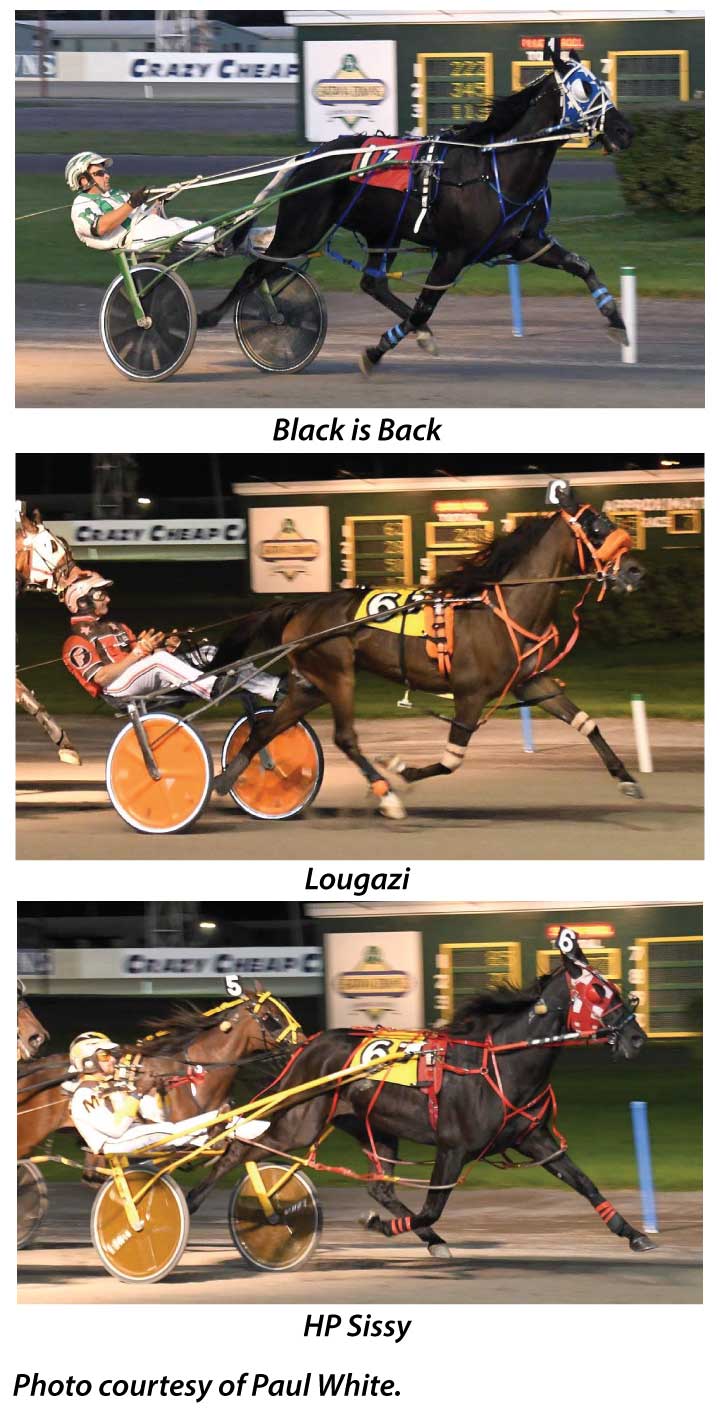 Batavia, NY — With the final weekend of racing at hand, the Upstate New York Chapter of the United States Harness Writers Association (UNY USHWA) has announced the horses of the meet for 2019.

Black Is Back started his year with a tag and ended up a top-class pacer. After being claimed for $20,000 at Saratoga Raceway back in May, Black Is Back found his way into the barn of trainer Mihajlo Zdjelar Jr. through a private purchase by his current owners Curtis Edholm and Mihajlo Zdjelar Sr. He made his first start at Batavia Downs in July, soon won the $12,500 Open I pace and then never looked back.

For the season at Batavia, Black Is Back made 13 starts with five wins, two seconds and three thirds, all in Open I company and did not miss a single check the entire meet earning him $44,565 in the process. He finished in the money 77% of the time and his best win time at the Downs was 1:53.1.

Lougazi made an encore performance this year as he was the 2018 Batavia Downs Trotter of the Meet. During the 2019 season in Genesee County, Lougazi made 16 starts with five wins, four seconds and three thirds and much like his side-wheeling counterpart Black Is Back, Lougazi made all his starts in Open I company as well.

Lougazi had a very high 75% in the money average too and his $50,500 in purses was the highest amount earned by any overnight Standardbred competing at the meet this year. His career best year also included a new lifetime mark of 1:56.1 taken at Batavia in September.

Overall in 2019 Lougazi has made 34 starts with nine wins, 10 seconds and five thirds with $94,000 in earnings. Mary Warriner owns Lougazi who is trained by Ryan Swift.

HP Sissy was purchased privately in January by John and Sally Finnocchario and became the star of the Finnocchario’s Dream Stable. She went on to win 13 races out of 37 starts and made $116,493 racing at tracks across New York State.

In July HP Sissy made her first of 13 starts at Batavia Downs and ended up winning four Open I paces for fillies and mares, besides finishing second three times and third four more and made $41,375 in purses along the way. She wound up in the money 85% of the time which was the highest percentage of hitting the board of any horse racing at the meet. Her fastest win time at the Downs was also her seasonal mark; 1:53.3. Mike Ohol is the trainer of HP Sissy.

All the connections of Black Is Back, Lougazi and HP Sissy will receive their awards in the Purple Haze Winner’s Circle at Batavia Downs between races on Saturday (Dec. 14) during the UNY USHWA Night of Distinction. Post time for the first race is 6 p.m.
By Tim Bojarski, for UNY USHWA