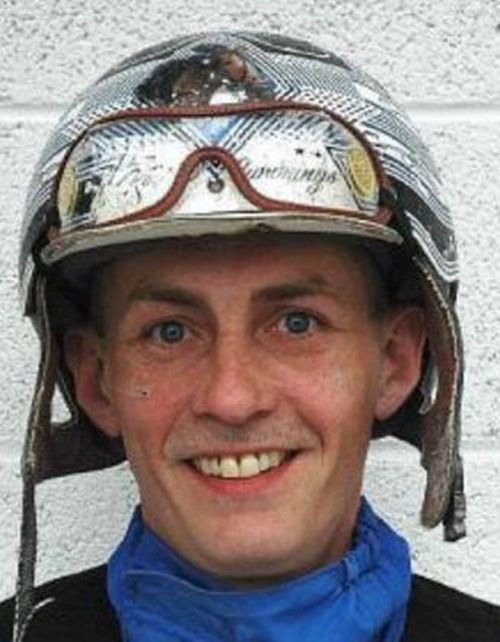 Batavia, NY — After being involved in an accident at Batavia Downs late last week, perennial western New York driving leader Kevin Cummings will not return to action until next year.

While driving in the first race on Friday night (Dec. 7) Cummings horse made a break causing the horse directly behind to collide into him, hitting Cummings on the left-side back at full speed. The two horses became entangled but were brought to a stop in the clubhouse turn just past the half.

Cummings and the driver of the other horse, Mike Caprio (who also became unseated), were evaluated on site immediately after the track was cleared. Caprio returned to drive the remainder of the night however Cummings was sent for further medical evaluation.

After being examined in the hospital it was determined that Cummings had three broken ribs, torn cartilage and internal bleeding. He was sent home and is in the process of healing under the care of his personal physician.

Given the severity of his injuries, Cummings estimated his time away from the sulky to be two to three months.

“I always wear my safety vest under my colors. It’s paid off in the past and it certainly paid of Friday. If I didn’t have that thing on I would have crushed my entire rib cage and had extensive organ damage,” said Cummings. “I always tell the young guys to make sure they use theirs because you never know when you are going down.”

Cummings, who is a four-time dash champion at Batavia Downs, is currently second in the standings this year with 102 wins and had a legitimate shot at taking a fifth title. This season saw him earn over $1.2 million in purses which is the tenth straight year he has gone over the million-dollar mark.

For his career Cummings has won 3,820 races and over $17 million in earnings.