Black Is Back in season’s best at Batavia Downs 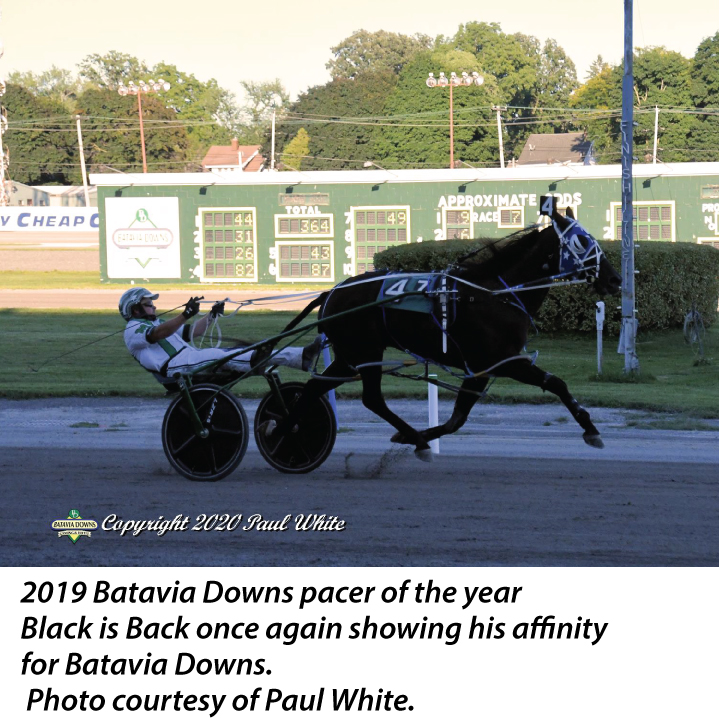 Batavia, NY — The first Open I pace of the year saw Black Is Back impose his will on a field of seven, going gate to wire handily to capture the $10,000 feature at Batavia Downs on Friday night (July 31).

Driver Dave McNeight III seated the field after taking a quick point position with Black Is Back and then went to the quarter in :28.3 and the half in :57.4. It was there that Class Six (Renaldo Morales III) pulled first-over and made his way up the outside.

Class Six got to within a length of Black Is Back at the three-quarters before hanging there around the last turn. And that was as close as he would get as Black Is Back rebuffed the challenge and paced away to a 2-1/4 length win in 1:54.3, which was a new seasonal mark.

The $9,000 Open II saw a raw speed duel between Under Paid (Denny Bucceri) and Atlantis (Jim Morrill Jr.) who left from post seven and eight respectively. Under Paid got the lead and parked out Atlantis for three quarters of a mile while going fast fractions of :27.2, :55.3 and 1:25. When Atlantis understandably tired in the last turn, Don McWhite (Billy Davis Jr.), who had the perfect pocket trip, tipped out and looked to go by the leader. But the leader wasn’t done and Under Paid finished strong to win by 1-1/4 lengths in 1:54.2.

It was the second win in a row for Under Paid ($13.00) who is owned by Jennifer Rogowski and trained by Mike Ohol.

Shawn McDonough’s stable had one big night at the Downs on Friday. Horses he trains made seven starts and scored four wins, one second and two thirds. Of those seven starters, McDonough drove six of them. He won three, had one second and two thirds. This all equates to McDonough having a Universal Trainer Rating of .746 and a Universal Driver Rating of .703 for the night. Statistically, that is one of the best dual performances ever recorded at the Genesee County track. 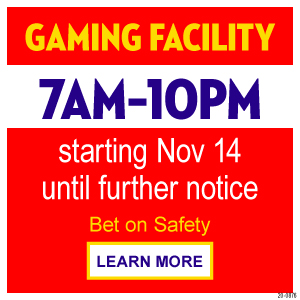