Batavia, NY — The New York Sire Stakes makes its first of two stops at Batavia Downs on Sunday (Aug. 2) and will feature both 2 and 3-year-old trotting filly divisions.

There are 16 freshman fillies divided into two divisions, each going for $52,200.

The first group features No Pay No Way (Credit Winner-Not A Diva) who has one NYSS win in only one lifetime start. After qualifying handily at the Meadowlands in 1:56.4, No Pay No Way took a come from behind win at Yonkers on July 21 in a state-bred race, banking the bulk of the $$48,866 purse after the win in 2:00.

Scott Zeron will be in the bike for trainer Rick Zeron.

Titans Hope (E L Titan-Fiery Manes) made an impressive first start at Yonkers, finishing third after a mid-mile move. A change in barn and driver seemed to step her up from her qualifier and she looks to continue improving in here.

Also in the race is Credit Income (Credit Winner-Income De VIe) who won an Excel A outing in 2:01 at Saratoga Raceway on July 8 before stepping up to a top level, second place finish at Yonkers where she trotted in 1:59.2.

The second division has Destined To Dance (Chapter Seven-Go Go Dancer) starting from post seven and looking for her third consecutive win on the year. This filly has won gate to wire at Saratoga on July 8 in 1:59.4 and from off the pace at Yonkers on July 21 in her lifetime best 1:58.3.

Just Joshing (Chapter Seven-Jodi’s Jayme) has two consecutive wins in Excel A company and both were very impressive. She takes the next step here and looks to be a formidable force against the top group this week for driver Andy Miller and trainer Julie Miller.

Elize B (Chapter Seven-Legal Lady) made a stellar debut after cutting the mile and just getting beat in 1:59.2 at Saratoga. She made a break in her next outing at Yonkers from post seven and looks to make amends for that misstep. Scott and Rick Zeron are also the driver/trainer team on this filly.

There are only nine entrants in the sophomore soiree that will also go in two groups for $54,000 and $55,000 respectively.

The first division has four starters who are winless this year but who also show a lot of potential.

Destiny Blue Chip (Chapter Seven-Chasin Clouds Away) was caught up in a torrid 1:53 mile at Tioga Downs on June 21, chasing Love A Good Story who is in the other division. In her last start at Vernon Downs, she was parked out for over three-quarters of the mile before tiring in the last turn in a race that went in 1:52.1. She is now in a short field that looks like she should be able to make use of those tighteners.

Ake Svanstedt both trains and drives.

Starystarrynight (Conway Hall-Makes Me Crazy) has won three times last year but has still not found the winner’s circle in 2020. After winning her qualifier on June 15 at Yonkers, Starrystarrynight has been racing overnight condition races at Harrah’s Philly where she was recently race timed in 1:55.2. Now back facing her own age and gender, she should be well prepped for a top effort in her first stake start this year.

Island Lily (Chapter Seven-Up Front Hotsey) showed good early work this year before finishing fourth in an Excel A event. After a month layoff, she qualified in a lifetime best time of 1:56.4 by 3-1/2 lengths at Pocono. She steps up to the top level here but comes in looking the part.

The second $55,000 leg is stacked with three of the top five point-getters in this division.

Love A Good Story (Chapter Seven-Celebrity Lovin) has won both of her NYSS outings this year taking a lifetime mark of 1:52.1 at Vernon Downs on July 11. She also finished second to Hypnotic Am in the $207,250 Empire Breeders Classic and most recently competed in the $253,500 Del Miller at the Meadowlands against Hambletonian hopeful Ramona Hill who won it in 1:50.3.

No Mas Drama (Muscles Yankee-Massive Drama) hasn’t missed a check all year until an impossible trip in the Del Miller where she found herself 10th at the quarter chasing a 1:50.3 mile and Munster (Chapter Seven-Richesse Oblige S) has also cashed in four starts behind the gate. However both are still looking for win number one of the year.

Jim Morrill Jr. Drives No Mas Drama for trainer Jenn Bongiorno and Tyler Buter will team Munster for Per Engblom.

—By Tim Bojarski, for Batavia Downs 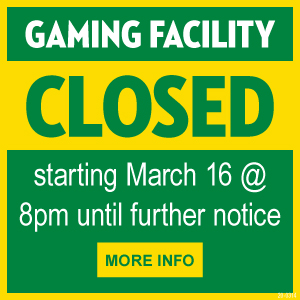